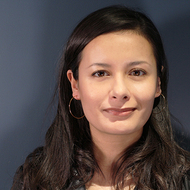 Nima Sherpa Green is a British/Sherpa journalist. She is currently the editor of CRN and sister title Channel Partner Insight. Nima has a multimedia background in newsrooms across the world, as a commissioning editor at The African Business Magazine; producing at the Russian World Radio Service London Bureau; and reporting at Vice Magazine and the Herald Sun in Australia. She has an MA in Journalism from Monash University, Melbourne, and a BA in Southern African political history from the University of Sheffield. Born in Kathmandu, Nepal, Nima has lived and worked in the UK, Uganda, South Africa and Australia.

Softcat's Paris King - 'You don't need fake it until you make it. I want to talk about how to make self-confidence a reality'

Alongside MSPs from Atea and ADP to TietoEVRY and Logicalis, ConnectWise will join the roster of a select few vendor speakers for Inside Track Security next month

Coming Soon: Inside Track Security studio event to be broadcast next month on October 5th

Alongside a host of European-HQ MSPs from Atea and ADP to TietoEVRY and Logicalis, Park Place Technologies joins the roster of vendor speakers for Inside Track EMEA The Channel and Security - Where next?

ConnectWise came out on top in this year's US MSP Innovation Awards held in New York in May. This month, they’re contenders to win in the European Awards