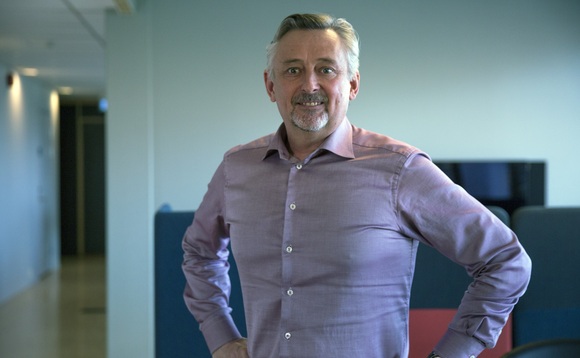 Although the Scandinavian countries are far from the hardest hit by the coronavirus pandemic, most governments in the Nordics moved very quickly in taking drastic action to contain the spread of the virus.

These actions dramatically impacted daily life - and how businesses can operate.

Norway and Denmark were among the first European countries to impose severe measures to prevent the spread of coronavirus.

Denmark closed schools more than two weeks ago - on 13 March - despite at the time only logging four deaths from the virus.

Norway, meanwhile, went into a two-week lockdown even earlier - on 12 March. Both Norway and Denmark recently extended closures and social distancing measures until 13 April.

Norway has only logged 45 deaths from coronavirus, with 4,898 cases at the time of writing. Deaths are higher in Denmark at 104 with 3,355 confirmed cases.

Some have criticised both nations for their drastic measures, arguing that closing businesses, ports and airports so early will ruin their economies.

But Danish Prime Minister, Mette Frederiksen, announced on Monday that the country is considering a gradual return to normality as the number of new cases for coronavirus continues to slow down.

Sweden, on the other hand, has taken a markedly different approach. The country has largely remained open for business with restaurants, bars and shops still running as normal.

Sweden has imposed a ban on gatherings of more than 50 people, but that pales in comparison to other European countries that are enforcing social distancing and strict rules to remain at home.

But deaths in Sweden are far higher than its Scandinavian neighbours - at 239 with 4,947 cases with signs that deaths rates could increase in the coming weeks.

There have already been early warning signs that the closure of businesses across Scandinavia as a result of the pandemic is already beginning to impact the IT industry.

On Friday, one of the Nordics' largest channel businesses, IT services and consultancy firm TietoEVRY, announced it has withdrawn its financial targets for 2020 as a result of new market uncertainty. Meanwhile, Thomas Ekman, CEO of Sweden-based reseller Dustin, this week claimed that his firm could see long-term impact from the COVID-19 pandemic.

Atea is the Nordics' largest IT reseller with annual revenues of NOK 36.7bn (€3.25bn). It's CEO, Steinar Sønsteby, talked to CPI about how long he thinks it will take for Nordic businesses to bounce back from the coronavirus, and how he intends to minimise its impact on Atea.

"I think as always through processes like this, winners and losers are created. And we are not planning on being a loser," he said.

During the pandemic so far, Sønsteby has been tracking his company's business to a granular level - asking for daily updates on how many staff has been sick, and how much each department has processed in bookings.

"I am pushing facts to be brought forward so we judge the situation as we speak, only on facts. No ‘I think this', or ‘I hope this'. We need to know the situation is this; we know what it is, because we have the facts," he said.

"We had to do some stuff internally so we could get the facts on a daily basis. We didn't have the ability to see numbers for all consultants per day, we had them per week. So we had to do some changes to get to the level we are today."

Two weeks ago, Sønsteby said his company drew up a road map for how the coronavirus will play out in the Nordic market.

Their road map is based on a host of factors collated from what information vendorsand customers are giving to government officials, healthcare experts and advisors.

Atea's current roadmap, which Sønsteby stressed is a fluid and ever-changing conception, goes something like this: The impact to Atea's business will get worse for at least the next two months, but the company will be over the worst of it by the end of Q2.

"And that doesn't mean everything will be normal after Q2, but the worst will be over. But that means it will become more and more difficult at least for the next two months," he said.

Atea's forecast for the next quarter will undoubtedly lead to some drastic action in order to protect jobs and make sure it emerges from the crisis in fighting shape.

Sønsteby said Atea will likely begin putting employees on temporary leave over the next couple of weeks. He said there have been some early signs that its professional services and consultancy business will soon see some large projects get put on hold.

It's this side of the business that will be worse affected in the months to come.

"It hasn't been huge so far, but we're getting signals that if this goes on for weeks or if not months, then we will have more projects that aren't going to be possible," he said.

"So we will have some people in the weeks to come on temporary leave. The governments in our countries have very generous packages for companies and employees to let employees have temporary time off."

The Swedish government is paying staff put on temporary leave up to 90 per cent of their wages, Sønsteby, said, with Norway offering 100 per cent for salaries of up to €60,000 a year.

"Again, we think it's going to get worse before it gets better. And in that map which we were talking about, we are preparing for a tougher end to the second quarter, but no catastrophe."

Despite anticipating that times will get tougher in the months to come, business has been surprisingly good for Atea during the last few weeks, with "all-time high" bookings for most of its hardware products.

Atea's public sector business, which makes up around 65 to 70 per cent of its total revenues, has seen an explosion in demand for products to enable remote working.

"These are times when you really get paid for working with the public sector. They didn't have infrastructure to work from home, now every day they have to work from home so they're investing heavily in infrastructure, meaning everything from laptops to products like small printers, earphones and extra power supplies," he said.

According to recent figures from market watcher Context, sales of notebooks through distribution grew by 46 per cent in Norway, 32 per cent in Denmark and 13 per cent in Sweden.

It puts Atea in a strange situation; the boom in business its seeing today could quickly deteriorate as soon as tomorrow.

"It is difficult, because on one side we're working at full throttle. Right now they're working two shifts in the warehouse, but at the same time you're watching TV and the world is falling apart."

The COVID-19 pandemic will also have a more far reaching impact on Atea's business outside of its day-to-day operations.

Last summer, Sønsteby told CPI that he is planning to take Atea outside of the Nordic and Baltic markets for the first time in the company's history, through acquiring a reseller with several hundred million euros in annual turnover.

The acquisition was supposed to come within the next 12 months, but Sønsteby said those plans have been firmly put on hold so long as the COVID-19 pandemic is still playing out.

"Right now M&A is not what we're thinking about, either inside or outside of the Nordics. It is just not. But if things go as we hope, we will pick up that work for second half. But I am not opening that door right now," he said.

Security Summit podcast: Is security automation an option for SMBs?

COVID-19 a catalyst for changing buying behaviours in the storage market: StorageCraft