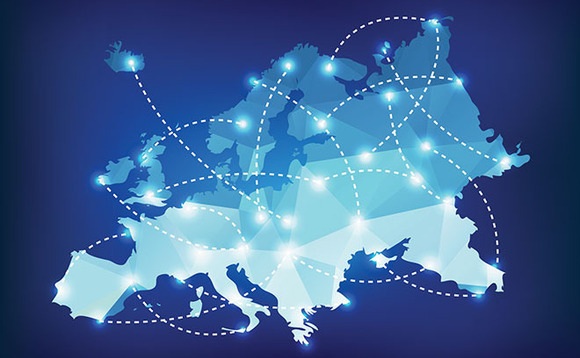 SASE vendor Cato Networks is planning to at least double its headcount in EMEA and expand its partner base into new countries following its recent $77m funding round and the signing of its first pan-EMEA distributor.

The US vendor signed Nuvias as its first pan-EMEA distributor last month in a bid to rapidly expand its partner base across the region.

And just weeks before the signing, Cato Networks landed its largest ever funding round bringing its total investment raised to $202m.

Channel-only Cato Networks was founded in 2015 and claims to be a pioneer player in SASE (security access service edge) technology.

Now with money to spend and the help of Nuvias as a distribution partner, Cato Networks plans to quickly expand its influence across the EMEA market.

Speaking to Channel Partner Insight, its VP of EMEA sales, Luca Simonelli, said he plans to at least double Cato Networks' headcount within the next 12 to 18 months. Cato currently employs just 25 staff across EMEA and has its regional HQ in the UK.

"We are continuing to expand the team in all functions in EMEA. Sales, pre-sales, channel, marketing, customer success etcetera," he said.

"Specifically for the channel, we are currently evaluating having more people on board in certain key areas where language could be a barrier for partners and customers. To be more specific, from a marketing point of view, even today before the funding round we have 70 per cent of our marketing budget allocated to channel activities, which reflects how important the channel sales are for us."

Simonelli said he will especially focus on growing Cato's footprint in the Nordic and DACH regions, having recently hired new staff in Sweden and Germany.

"In terms of expansion we see the Nordics, DACH in general in the near future. We're not quite yet in the Middle East. We will certainty expand in the south [of Europe] as well, probably in Italy. We have a good presence in France. In the first phase we will start with the key geographies, then in the second phase we will get a bit more granular," he said.

As well as expanding its own team, Simonelli said Nuvias will play a key role in bringing Cato Networks into new territories and brokering relationships with key channel partners.

"We have around 20 to 25 people in EMEA, so you can imagine when it comes to competing with companies like Palo Alto Networks or Fortinet or others that have thousands of people, you can clearly understand how the channel can close that gap in presence and coverage."

Simonelli said Cato Networks will plan to have two distributors for each country in EMEA and expects to run this model for at least the next two or three years.

In the UK, Cato also works with Ignition alongside its new relationship with Nuvias.

Have a business, project or innovation you want to celebrate? Tell us about in an entry for the European MSP Innovation Awards.

Kyndryl will serve as Veritas’ Platinum Services Partner, enabling deployment, migration, and delivery of Veritas as a managed service

Corel on how green IT can be better addressed: 'Finding more efficient ways to utilise what you have is a good start'

Have a business, project or innovation you want to celebrate? Tell us about in an entry for the European MSP Innovation Awards.

The group has made three acquisitions over the past seven months