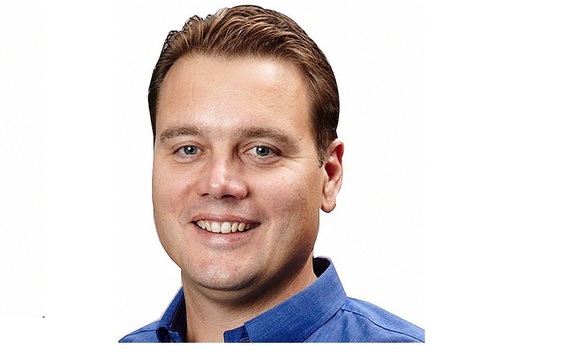 The new boss of Getronics has pledged to restore customer confidence in the IT services firm, after a period of what he characterised as financial distress and mismanagement under its previous owner.

Getronics was sold to British private equity house GSH Private Capital last month for $200m. At the time, GSH said the takeover will safeguard thousands of jobs across Europe, Asia Pacific and Latin America following a "challenging period of transition" for the Amsterdam-based firm.

The Getronics business was on its knees during 2019 following its disastrous acquisition of US IT provider Pomeroy in 2018.

The acquisition was funded through raising $815m in financing and effectively doubled Getronics' revenues to $1.3bn.

But, less than a year later and after integrating the business under its own colours, lenders took control of the Pomeroy business as Getronics become over-leveraged and its capital lines were pulled by its providers.

Left with zero working capital lines and $750m in total leverage, Getronics' CEO Nana Baffour left the business in November as the firm announced it was looking for new financial backing.

Getronics' new executive chairman is Kenton Fine (pictured). The South African-born entrepreneur founded a waste management business in 1989 at the young age of 20. He sold the business in 1996 only to set up a facilities management (FM) business named Servest six months later.

Fine built up Servest into a £457m operation by 2017, and then sold it on to French player Atalian a year later to create a €3bn-revenue facility management powerhouse.

Speaking to Channel Partner Insight, Fine said that he began to understand the missteps that Getronics' former management made once he started due diligence on the business.

"There wasn't a top flight CFO in place. There was briefly, but there wasn't anyone to replace them. And that was a big red flag.

"In a fairly leveraged situation you've got to have your financial controls, your governance, everything has got to be completely slick. And this business did not have it - it just did not have it."

"I think that's where it fell down. They lost confidence from the working capital providers and those lines were reduced and pulled. And the moment that started to happen, the business was on a very slippery slope.

"Then I don't think the management team had the ability to rectify it and they weren't able to replace those facilities. So by the back end of last summer, this business had basically zero working capital lines available. Which is crazy for a business turning over $100m a month."

After separating from the Pomeroy business, Getronics' revenues now stand at about €300m. The business is now almost identical to what it was in 2017 - at the time when former investor Aurelius sold the business to Nana Baffour.

At its peak, in 2017, Getronics was turning over more than €400m, claims Fine. But the business lost some revenue due to combination of a lack of product sales and clients distancing themselves from the company amid its financial difficulties.

Fine has been working to right size Getronics' balance sheet since GSH took over the business last month.

He has injected 10s of millions of euros in liquidity into the business to rectify its accounts payable, which Fine claims has already shown a marked improvement.

He said the facility management industry averages at 30 DSO (days sales outstanding) days. At its worst, Getronics was up at 75 DSO days.

Getronics now only has €40m to €50m in residual leverage, around 10 per cent of its original total excluding the US business.

The new executive chairman appointed several C-level executives that he trusts to steer Getronics in the right direction.

Fine said that Getronics will soon announce the appointment of a new global head of sales.

With the right management team in place, the key goal is to bring more financial stability to the business.

"Get it to run as a well-oiled machine and from a financial perspective, that's key for us. We need to make sure we're collecting our cash and paying our suppliers properly and make sure we're generating lots of margin," said Fine.

"It is absolutely critical that we are stable and deliver what we say we're going to do. Talk is cheap so we need to deliver and just fundamentally come back strongly."

Fine believes that bringing stability to Getronics' balance sheet will help it to earn back the trust of customers that became nervous of the firm's financial position over the last year.

"At this early stage we've got to rebuild trust with our clients and our suppliers and our internal colleagues and with everybody.

"Clearly clients identify Getronics as a really valuable service provider to them. And all they want to see from us is stability and that we do what we say we're going to do."

Fine stressed that he is not a private equity player looking to make a quick buck and move on. The executive chairman pointed to his 24 year stint with Servest as proof that he is taking a long-term approach with Getronics.

As a result, Getronics' new management intends to grow the business through organic and incremental growth supplemented with strategic bolt-on acquisitions.

Fine stressed that Getronics will not be making any "transformational" acquisitions like its acquisition of Pomeroy back in 2018.

"It is simply not needed, we don't need to do anything wild," he said.

"That was significantly organic growth. We acquired multiple strategic acquisitions through our journey with our clients. We had one or two large retail groups as customers, we started with small contracts but we ended up running distribution centres for them including fully integrated FM solutions from cleaning and catering services to dealing with 2,000 people on site to security to mechanical or electrical services.

"So that's the kind of journey I would expect Getronics to continue doing. The most value we're going to get is organic growth and augment it with bitesize bolt-on M&A if and when we think it will be required for any particular strategic reason."

Fine said he believes Getronics can more than triple its revenues to €1bn over the next five or six years through this strategy.

The new executive chairman said he also wants to change Getronics' corporate culture. He said he is a strong advocate of a flat management structure where senior executives are not afforded luxuries that are unavailable to the rest of the company.

"I am a guy that gained my Star Alliance Gold lifetime membership by flying coach class internationally. That's partly because, in the facility management industry, margins are tight, so you can't have the CEO or chairman flying around first class.

"You see in some businesses that the management lacks that feet-on-the-ground mentality and that modesty - it's just not right.

Fine confesses that he is "not a technology guy", and that he feels like the odd one out in an industry teaming with veterans with decades of experience.

"You've got industry lingo that I'm only just coming to terms with myself quite frankly," he said.

"But the point is, I know how to run a business - and ones that are much tighter in operating metrics than what Getronics is. Getronics is a services business at the end of the day - yes, it is technology but it is not a million miles different from what I've done successfully in the past."

And now with a new strategy in place and a new, experienced management team behind it, Fine is upbeat that Getronics is moving on to bigger and better things.

"Technology today post-COVID is an incredibly exciting sector and incredibly value-added to society at large. It is a really great place to be.

"At the end of the day, I am just the guy who corralled everybody together in a very complex arrangement with the vendor groups, multi-jurisdictional lender groups and all sorts of parties. I had the belief and brought a team together. Now we are single-mindedly focused and I've got the ability to support them.

"Clients are responding well and everybody is pretty excited."

Computacenter announces pledge to be carbon net zero by 2040

The impact of the Russia-Ukraine conflict, wider "ongoing supply bottlenecks" and "disproportionately high" earnings in its System House segment: we unpick the top takeaways from the German reseller's Q1

CPI Month in Review: Ten start-up funding rounds to be aware of

The offering will provide MSPs with 'flexible, secure and fit-for-purpose remote work experiences'

CPI Month in Review: Ten start-up funding rounds to be aware of