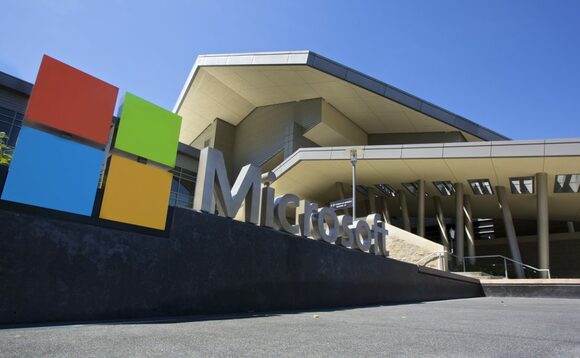 Microsoft partners have told CPI sister site CRN UK that they believe the channel is right to push back over planned price increases from the vendor, including an additional fee to retain flexible monthly billing.

A petition set up by the CEO of Florida based solution provider Axiom, Bobby Guerra, urging Microsoft to rethink a 20 per cent fee on month-to-month 365 licenses has now attracted over 1,000 signatures.

In its New Commerce Experience operating guide, the tech giant states that in order to retain flexible monthly billing, as opposed to a one or three-year agreement, a "premium price" will have to be paid - which resellers have told CRN amounts to an added 20 per cent fee.

"We recognise month-to-month subscriptions are invaluable to our clients as they allow flexibility to increase or decrease license counts based on their needs," Guerra states in the petition.

"Month-to-month subscriptions have been an invaluable tool to help with cost reduction during COVID and other economic events."

Microsoft also announced in August that it would hike the prices of 365 commercial products, which are due to come into effect in March.

It claimed the prices rises reflect the "increased value" it has delivered through its suite of products over the last 10 years.

Microsoft has so far refused CRN UK's request for comment on its 365 billing changes.

And, following the launch of the petition, some resellers have said they believe it is right for the vendor's partners to push back over planned pricing increases.

"One is that, because some customers will be forced to go to Microsoft to go and get their licences directly, others will lose out on that kind of communication channel. But it also means that those customers will not benefit from the localised support.

"Partners are, sort of, being forced into a corner which essentially means that as well as the 20 per cent rise in pricing to the end customer, the way the billing is being done means the partners are now being forced through the CSP route.

"The petition might be a good idea but I don't know how much traction its going to get or the impact it will have. It may have a bit more impact and influence, but I think it needs to get to the right people."

Gareth Meyer, chief operating officer at Ultima, said that while he would not sign the petition, he believes some push back is warranted due to the timing of the changes.

"There's pros and cons to the move, one being fixed contract terms which support our business in delivering greater support and service offerings," he said.

"What I don't agree with is the timing that Microsoft has announced these changes and put them onto the channel as businesses are still unsure of the long-term impacts of the global pandemic and their hybrid workforce requirements.

"I personally wouldn't sign the petition because we have a very strategic relationship with Microsoft, but I absolutely can understand the pushback from the wider channel.

"I think the changes absolutely will have an impact. It will be harder, particularly for the smaller resellers and MSPs which deal with Microsoft that don't have support, billing mechanisms and automation.

"The extra 20 per cent which is on top of an extra 15 per cent increase will make it more difficult to do business monthly and a lot of our smaller customers rely on that flexibility."

Alongside pricing increases, resellers claim that, under NCE changes, they will have to take on financial responsibility for their customers should they no longer be able to pay for their CSP licenses due to insolvency or another reason.

In its NCE operating guide, Microsoft also states that there will be no cancellation option for licenses after the first 72 hours of purchase, adding that partners "will be billed for remainder of annual term if monthly billing was chosen".

Andy Wright, commercial director at XMA, said he is surprised by what he sees as a move away from more flexible billing by Microsoft.

"In terms of the price increases, am I happy? Not particularly. Am I surprised? No, I'm not. I'm not surprised in any shape or form.

"What really does surprise me is Microsoft had been pushing flexibility and 365 is probably the most flexible offering out there from all the major software vendors, yet they sort of seem to be moving away from it a little bit," he said.

"It's always difficult when you've got to go and tell customers that either the price is going up or something has been taken away from them. It's never an easy conversation.

"But if you communicate properly with the customer, it normally doesn't cause you that many problems. I'm never too sure how much flexibility people really need on a product like Office.

Wright said that he supports partners voicing their opinions to Microsoft through the petition.

"Anything that gets an opinion shared with Microsoft is great, because I imagine that the UK have had this floated on to them from Redmond, so I think it's good that there's something out there pushing back and sharing different views with Microsoft."

Back in 'the business of war': Google to re-bid for Pentagon cloud computing contract despite earlier resignations

What we learned from Dell and HP's latest quarterly results

The German software vendor is working with advisers to stir interest from potential buyers, according to reports

DataCore acquires MayaData to gain a foothold in the Kubernetes market

The German software vendor is working with advisers to stir interest from potential buyers, according to reports

It claims companies are transforming to become software companies, creating the need to quickly and continuously upgrade applications