Channel Studio Debate: What will leadership on ESG look like in 2023?

Channel leaders talk what needs to be done to ensure partner resilience in 2023. Agilitas, Pax8 and QBS Software join CRN Editor Nima Sherpa Green in a studio debate on the top challenges facing the channel as it faces ‘a turning point like never before’ 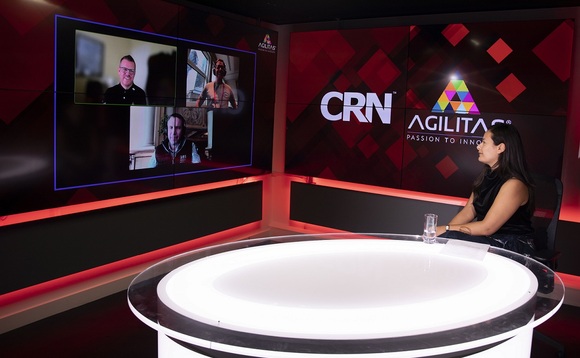 What is the next ‘new normal' in managed services? How will hybrid working continue to influence the purchasing decisions of end user CIOs as they look at their disparate infrastructure across their work forces?

And then there's the triple threat of inflation - or stagflation, ongoing supply chain constraints, and the Russia-Ukraine war.

All of these questions are at the heart of the decision-making process for partners right now.

It's no longer enough to have strategies for capturing net new business to drive growth. Serious issues around business continuity are becoming more and more influential.

In this CPI Debate feature, CPI and Agilitas has taken the pulse of channel leaders to get a sense of why this moment is "a turning point like never before for the channel".

We spoke about the top challenges for partners as we move into 2023, and zeroed in to focus on two key areas

The lay of the land: a turning point and a double-edged sword

Pax8's Morgan set out the lay of the land as many partners see it in the UK right now.

"I think we've probably all got the same two challenges as I see it.

"I think at this moment in time the big one is stagflation: this is a slowing market on growth, tied in with inflation rates.

"For the next 24 months, that's going to be our biggest challenge: how do we continue to grow in a stagnated economy with a higher cost of borrowing?

"I think there has been a second issue for us, definitely at Pax8, and that's on finding and hiring talent. And it has been a harder challenge, particularly since the pandemic.

"I'm interested to hear what others think on this, but I suspect that will get easier as we go through these bumpy times that are ahead. We've already seen thousands of people being laid off recently, like with Microsoft, as an example. So, actually, I think that if those of us, the leaders in the channel, can pick up some of those people and bring them in that would be great."

Last week, CPI sister site CRN UK posed this question in a feature asking partners exactly this: should the IT channel be targeting casualties of Big Tech layoffs?

"Yes, there is economic turbulence, as Phylip has said, and within that I have to pick out that we have noticed the increase in taxes, which means there's probably less incentive to invest in the UK for a global company. They may go elsewhere.

"Next to that you've got the rising cost of the dollar against the pound and the euro, which means that most companies that are buying and selling in different currencies, there is that potential risk if they can't hedge correctly - and most people don't."

Indeed, with sterling falling to its lowest rate against the dollar in 37 years in September, analysts, vendors and distributors were quick to sound their warnings on how a weakened pound is hitting UK IT spend.

"Obviously, with inflation also going up, the bill of materials and shipping is increasing, and customer interest rates are continuing to go up.

"And finally, I've got this tight labour market right now, and I think there's no doubt that unemployment will surge again.

"And then on top of that, we've got the impacts of the Ukraine-Russian war and the ongoing chip shortage, which is kind of perennial at this point."

"What we're hearing is if a partner is waiting for ten different product types to deploy a project rollout, they might have three that have been delivered, but they can't roll the project out for another 9, 12 or 18 months due to a delay in the remaining stock.

"Essentially, they're having to pay for what has been delivered whilst it remains redundant sat on the shelf. This has a real knock-on effect to a company's cash balance."

Eglon refers to partners in this quandary as being "revenue junkies".

"I'm sorry to say some of these businesses have slept walked into that situation."

"These are companies focused purely on revenue, rather than pursuing quality business. Sometimes refusing certain types of transactional revenue and realigning to recurring revenues can provide a more positive outcome in terms of increasing profit margins, and cash conversion metrics.

"I think we're going to see a lot of challenges over the next 18 months of this nature. And it's probably going to be three years before things start to settle down in this way, especially in reference to what has already been talked about in reference to product shortages from the main hardware vendors."

So, if those are the challenges, what are the solutions?

Read on to see what top four key decisions these panellists have singled out, which they think partner leaders should consider making right now.

The UK-based MSP focuses on cybersecurity, modern work concepts as well as managed IT and cloud services